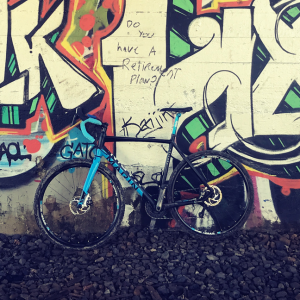 After riding my single speed (SS) all over the place I came to realize that there were some rides I just couldn’t do with one gear.  I’ve had some 70 mile days on the SS which isn’t really hard to do in my area.  Sacramento is pretty flat.  However if you want to go anywhere else, there will be hills involved.  My better half enjoys road riding and I have a few mountain biker friends that have asked me to do some charity road rides.  For the most part the SS has handled it.  Buuuut, and there is always a but, I need to have some climbing gears to do some hills.  I really don’t enjoy riding on the road.  I can totally  understand how people enjoy it, but for me it’s not something I ever look forward to doing.  I will look forward to spending time with friends on the road bikes, but not the riding itself.  That and the fact that most of the time I wanted to road ride my SS handled it caused me to have a really hard time trying to justify spending money on a decent road bike.  Since I understand the importance of good wheels and components when trying to look for a decent road bike I’d always find myself getting into a fairly expensive bike before I felt like I would be happy.  Every time I saw that price tag I’d fall back to the thought of not wanting to spend that kind of money on a road bike, because I don’t like riding on the road.  See the problem here?  LOL, it was a never ending spiral that wasted a bunch of time for me.

None-the-less, I started chatting with a local guy about some trails that we have and he was saying that a CX bike would be great for them.  I had ridden in that area and started thinking that I could just swap the tires on my SS and maybe change the gearing a little and I’d be able to ride that there.  However, I started looking at CX bikes and it finally dawned on my how I could get a decent road bike.  I’d buy a CX bike and when I want to ride road, swap the tires out from knobbies to slicks.  Plus I could ride the CX bike on a bunch of stuff in the area that I would never ride my squishy mtb on because they would be boring trails. 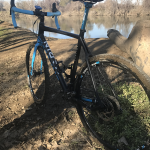 I ended up finding this bike on Craigslist.  When I first saw it listed at $1800 and since it was 2016 and this bike was a 2016 that was easily worth 5-6k I figured it was either going to be a scam or hot.  I shot the person a message just because I have heard enough stories of people getting awesome deals on stuff and have learned it doesn’t hurt to hear the person out before I make up my mind.  The bike ended up being owned by one of Marin’s sponsored Pro Enduro riders.  He said he used it for cross training and was just passing it on because he could get new bikes every year.  SOLD!  Since then the SS has got a lot less play and some trails that I would not ride, have now become something I’m interested in tackling.  Even with the knobbies on I could still pace with some of the people on regular road bikes just fine and now have a set of slicks that I can throw on when I want to ride road.  I also ended up getting a sweet bike and avoided becoming a roadie.